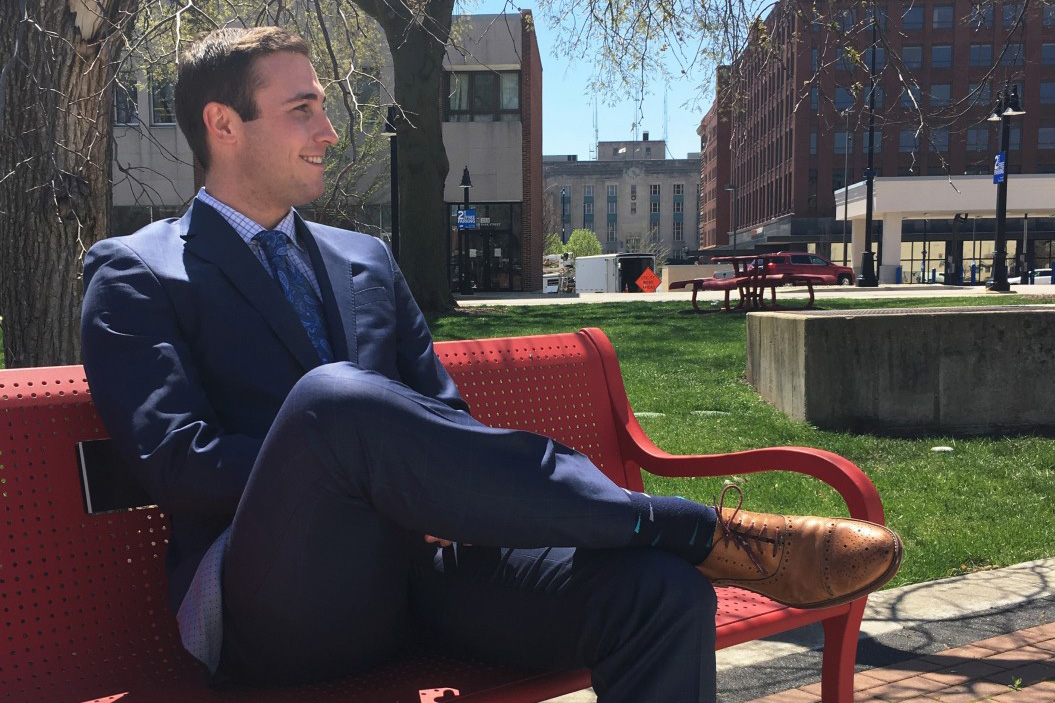 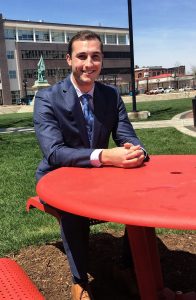 “My one goal was that she would be surprised. She knew it was coming eventually but I wanted to surprise her and I did that. We went out and got dinner, went for a drink, walked out on the terrace, and got the manager to open the door because it was cold. It was light flurries that night. It was a great setting. I got married two months ago. We moved to Decatur about two weeks before we were married on February 2nd. It was a lot of change. New job. New wife. We dated for about six years before we decided to come back to the area. I’ve been fortunate to live in some cool cities like Dallas, St. Louis, and Chicago but one thing that Decatur has is a sense of small-town community yet you’re still in somewhat of a larger city. I get kind of frustrated with people who are from here and they have a negative connotation about Decatur, which I think is absurd. There is something special about being able to be in a network of people who will really have your back.” (1/2)

“I aspire to be like my dad. I’m one of five and he’s one of nine. He’s always worked incredibly hard to make sure all of us kids had everything we needed to be successful. If I can be anything like him, I’d be happy. I always knew I’d be in sales because I love working with people. My first job was mowing lawns back in grade school. You’re never going to get a job unless you ask. I had to go around asking all my neighbors if they would allow me to be their lawn service for the summer.” (2/2)