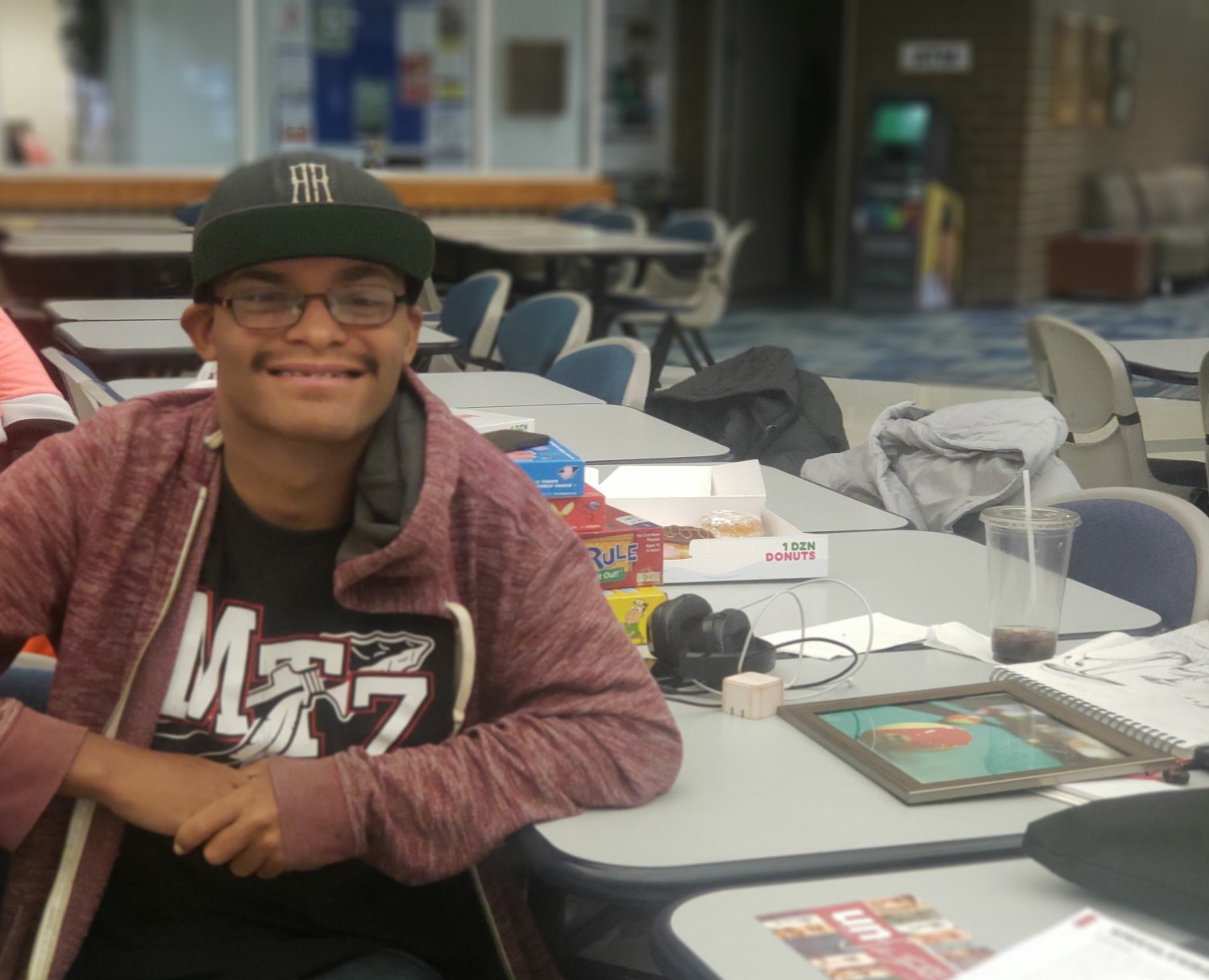 “This Christmas I’m looking forward to being around family. My sister is studying aboard right now in Spain and has been traveling all over Europe through France, Italy, and London. She’s in Paris now and there are a lot of riots and people using tear gas. She’s alright, but that’s been a lot on my mind right now. She’s going to come back for Christmas.

My favorite gift I’ve ever received was my FL Studio which is what I produce on. I finally got it so I can own the rights to my music. An Oculus Go, an otamatone and maybe a new DJ board is on my list this year. I produce music: dubstep. It’s like electric dance music. My brother showed me the music and I learned to make it, so I kind of got into it. I’ve been doing it for about four years now and am self-taught. I find inspiration from the artists around me. When I get bored, I start making stuff and that’s usually when I make my best stuff. I listen to other people’s music and it gets me going. I have a song on iTunes and Spotify. It’s kind of basic and it’s riddim, but a lot of people like it. It has reached 22,000 plays total.

I’m gonna be a DJ. My ultimate dream gig would probably be Lost Lands which is in Ohio. It’s one of the loudest music festivals in the world. It has like one million watts of bass.”